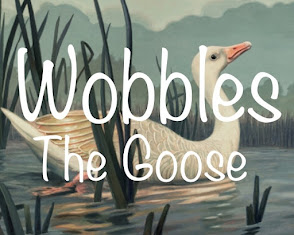 #wotcsafe
It’s #MTGMoxtober! A month of design prompts for the Magic creatively inclined. I love a good design prompt, and this first one “Rebirth” has me excited for the upcoming return to Kamigawa. I love when media properties return to existing worlds and show how they’ve changed and developed over time.
One setting that I’m also excited to eventually revisit is Amonkhet. The initial outing was so Bolas centered that the Egyptian Mythology aspects really got sidelined or just generally poorly served by the sets themselves. Plus, the plot clearly sets us up for a sequel of Hazoret and the survivors surviving in the desert, searching for information about the pre-Bolas and looking for a new home. A little bit Raiders of the Lost Ark, a little Ten Commandments, and a lot of Geraldine Pinch’s Egyptian Mythology: A Guide to the Gods, Goddesses, and Traditions of Ancient Egypt? Let’s go!

On the mechanical side is where it gets really interesting, because a Rebirth of Amonkhet could finally be an excuse for WotC to try and design a Desert Cube in a standard legal set. Desert Cubes are a fascinating design challenge with the premise being that players only use the lands they draft. There isn’t a land station where you can grab more basics, but basic lands do appear in packs. Given my interest in low component cubes, desert cubes are definitely in my wheelhouse and a lot of the considerations around unbalancing the colors or providing extreme curve considerations are on display in the many examples on cube cobra: https://cubecobra.com/search/Desert%20cube/0?order=date. Update! The current top result of the search is even an Amonkhet themed Desert Cube by @GoblinGathering. Give him a follow!
The recent re-return to Zendikar has also been a huge boon to Desert Cube design, with mdfc lands basically redefining the architecture of these cubes and providing a lot more “slots” for land in the cube. Ixalan, Innistrad and Castmire have dabbled with the transforming land space as well, which could have interesting potential to represent Amonkhet survivors making discoveries under the sands. But none of these sets has done away with “free basics” entirely.
An alternative to just removing free lands all together would be to try replacing them with some other lands that you can get for free. This came up after Alexis Janson asked for the worst Magic formats you could get Magic players to try:

This is actually a direction I hoped they would go when they announced Ravnican Gates would be replacing basics in packs of Dragon’s Maze and I still think it would have been an interesting way to change up that draft environment. Hour of Devastation’s pain deserts are almost certainly too good to give players unlimited copies. Especially spikey Ramunap Ruins in a world where everyone is taking lots of pain damage from their mana. What about a return to Amonkhet with free Ash Barrens but only the basics you draft? Cube Cobra actually allows you to replace or add cards to the basic lands menu when players test your cube, so those options are open to cube builders. I’d love examples of cubes that use alternate basics in the comments if you have them! 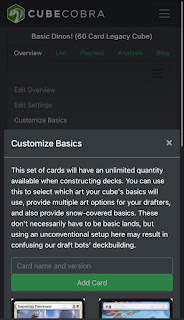 Finally, “Is this card better than another basic land?” is an interesting way to look at Ari’s 6th Question. Basic Lands being free means that they’re typically the “floor” of a limited deck. Changing where that floor is opens up design assumptions that are rarely questioned in Magic sets, but could be in the right environment. It’s a Gold Mine of potential design space! 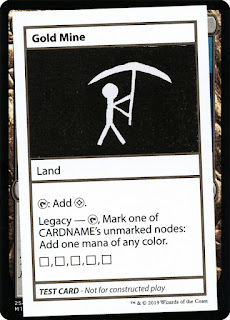 What could be scarier than a cube where your only lands are Gold Mines?

You can find me on Twitter @wobbles (check out the #MTGMoxtober hashtag for more designs from this year or last year. It’s more popular than ever thanks to TikTok(!?!))

or in the Beacon of Creation discord https://t.co/WXoiKIC1qf?amp=1

Or on my Tumblr where I post other small and cheap game design ideas: brokeboardgames.tumblr.com
Honk! Honk!
Wobbles at 1:29 PM
Share